Emerge and see the Emergency

Posted on September 30, 2014 by alkalaamblog

بِسْمِ اللّهِ الرَّحْمـَنِ الرَّحِيم
Bismillahir-Rahman-Nir-Rahim
(In the Name of Allah, the Most Gracious, the Most Merciful)

Verily, We sent (Messengers) to many nations before you. And we seized them with extreme poverty and loss of health so that they might believe with humility. When our torment reached them, why then did they not believe with humility but their hearts became hardened, and Shaytan made fair-seeming to them that which they used to do. So, when they forgot (the warning) with which they had been reminded, We opened to them the gates of every (pleasant) thing, until in the midst of their enjoyment in that which they were given, all of a sudden, We took them to punishment, and lo! They were plunged into destruction with deep regrets and sorrows. (Surah Anam: 42, 43, 44)

Surah Anam was revealed 1 year before Hijra and we see that these ayah’s have severe warnings.

Most often, we get into a fundamentally unhealthy divide in our thinking about faith and life.  We abstract our faith, putting it in the “spiritual” box, and consider our labor as separate, it goes in the “actual real life” box. We become good and pious while we pray, visit the holy pilgrimage (Mecca) or local masjids and when we are out of it we draw a line so that the goodness ‘does’nt much’ or rather ‘does not at all’ enter the real life. I wouldn’t apologize for being brutally honest here.

However for a believer the world and deen/religion are not different but one.
Spiritual box and Real life box are one… intertwined into each other.

It is the mercy of Allah swt towards his creation that he “sent messengers” who trained us not just spiritually but emotionally and mentally as well? Just like when a person is alive you cannot separate the spirit from his body, you cannot separate the spiritual box from the real life box. Our actions, or behavior’s, are the consequences of our values and beliefs which affect the way we think and feel . We as human beings don’t live in only the physical / material world. We have three other dimensions that are called spiritual, emotional and mental beings. So how we are BEING spiritually affects us emotionally ,mentally and physically and vice versa holds true as well.

Getting in detail with the above ayah’s

As mentioned earlier in the above verses, as well as in several other places in the Quran {[Quran 64:6] [Quran 40:22] [Quran 40:83] [Quran 35:25] [Quran 10:13]}, Allah swt “sent to us messengers” with clear teachings and proofs. These teachings help us build/reform our spiritual being which in result appears on our physical form i.e to become humble, have Khushoo, Ijz, Khudoo et al. Obligation of showing Tadarra/humility is required.

STEP 1: Spiritual training given so that it reflects on physical being.

But when people rejected the spiritual teachings of the Prophet, Allah wanted to teach them in another way. He seized them with extreme poverty and loss of health, so that at least through these physical afflictions they humble themselves and turn to him.

STEP 2: Physical affliction given to reform spiritual being.

Yet… when people did not believe with Tadarra /humility and forgot the very reason why their physical afflictions were sent, ‘their hearts became hardened’. Note the word ‘became’. Every person is on Fitra(human indisposition), and has a soft heart, which later hardens due to their disobedience. As a result of this hard heart ‘Shaytan/Satan made fair-seeming to them that which they used to do’. The disobedient acts/deeds seemed fine. Reflecting on this current structure a lady without hijab, intermingling with opposite sex, drinking, gambling all seems SO COOL today!!!! If one see himself swearing, liking something bad then he needs to seek refuge in Allah as certainly such a person has been influenced by Shaitaan/Satan who adorns sins for us. Allah uses reproach hereفَلَوْلا (So why not). The objective of sending a calamity is to make a person humble. A person who does not humble himself certainly has a hard heart, instead of humbling himsef he becomes angry, dejects and distances away from Allah. A soft heart when goes through difficulties becomes humble, starts to cry, prays.

The cure of a hard heart is:-

Before Allah sends big punishments he sends small ones.

Then when they نَسُواْ forgot, didn’t care, neglected the Prophets warnings all the doors of prosperity were opened. All kinds of blessings were sent in abundance and continuous. All that they were deprived of before was given.

SURPRISING, ISIN’T IT? Do you see an Emergency at all?

When people are happy, do they ever think distress will strike them? NO. They start to enjoy the temporary benefits thinking they have a long life ahead. Also they have a misconception that Allah is happy with them, and hence all this prosperity. At this peak stage of life when all seems fine and they lay amidst luxuries and comforts Allah put them to punishment, and they ‘plunged into destruction’ with ‘deep regrets and sorrows’ A poor person afflicted by calamity is less likely to suffer as compared to a rich person, due to the person’s body being adjusted to the comforts of the worldly life.

A believer on the contrary is never despaired of the mercy of Allah. If hardships fall on him, he becomes more humble and gets closer to Allah swt as he knows that it is a test from his Master which help to expiate his sins and raise his ranks.

Abu Sa’id and Abu Hurairah (May Allah be pleased with them) reported that the Prophet SAW said: Never a believer is stricken with a discomfort, an illness, a grief or mental worry or even the pricking of a thorn but Allah will expiate his sins on account of his patience.
[Al Bukhari & Muslim] 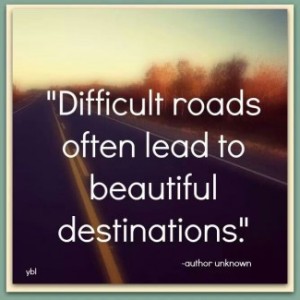 What has life taught you about staying humble? Will you share it here?

A student....... in pursuit of knowledge !
View all posts by alkalaamblog →
This entry was posted in Personality Development and tagged Destruction, Humility, Prosperity, Satan, Success. Bookmark the permalink.

5 Responses to Emerge and see the Emergency